A Frog Seller's hand sorting a bunch of live Skittering Frogs (Euphlyctis sp.) and a single live Bull Frog (Hoplobatrachus tigerinus) tied to each other by their waist in the market in Dimapur, Nagaland. Solankar, 2021

Humans have evolved on this planet with our lives intertwined with other species, not isolated from them. Humans experience relatedness, reciprocity and kinship with animals that they live with, hunt, eat, revere, and study. In the state of Nagaland, India, multiple species of frogs have been a staple in people’s meals for centuries. These frogs are wild caught from paddy fields and are constitutive parts of the region’s food history, culture and economy. Besides being considered delicious, frogs are also believed to have healing qualities.
What constitutes the relatedness between humans and amphibians in Nagaland? How does the perceivably violent act of catching, cooking and consuming frogs hold cultural, ecological and conservation importance in the lives of people and frogs? The scholarly anthropological literature on relatedness between humans and non-humans speaks of the existence of a complex sociality and reciprocity between humans and charismatic, utilitarian and companion animals. Does this relatedness and reciprocity extend to additional ecologically important groups such as amphibians? How does this quotidian relatedness fit within the global context of an ongoing amphibian crisis? This multispecies ethnographic study aims to answer these questions and contribute arguments to amphibian conservation and food & cultural sovereignty in Nagaland.
Additionally, locals involved in the catching of frogs from the wild seem to possess incredible Traditional Ecological Knowledge about the species which could greatly benefit ecologists and other life scientists working on frogs in the region.
Primary fieldwork for this project is based in the villages of Phiro and Wokha in Wokha District, Nagaland.
FIELDWORK ONGOING.

Landscape to the East of Phiro Village, Wokha, Nagaland. July 2022. 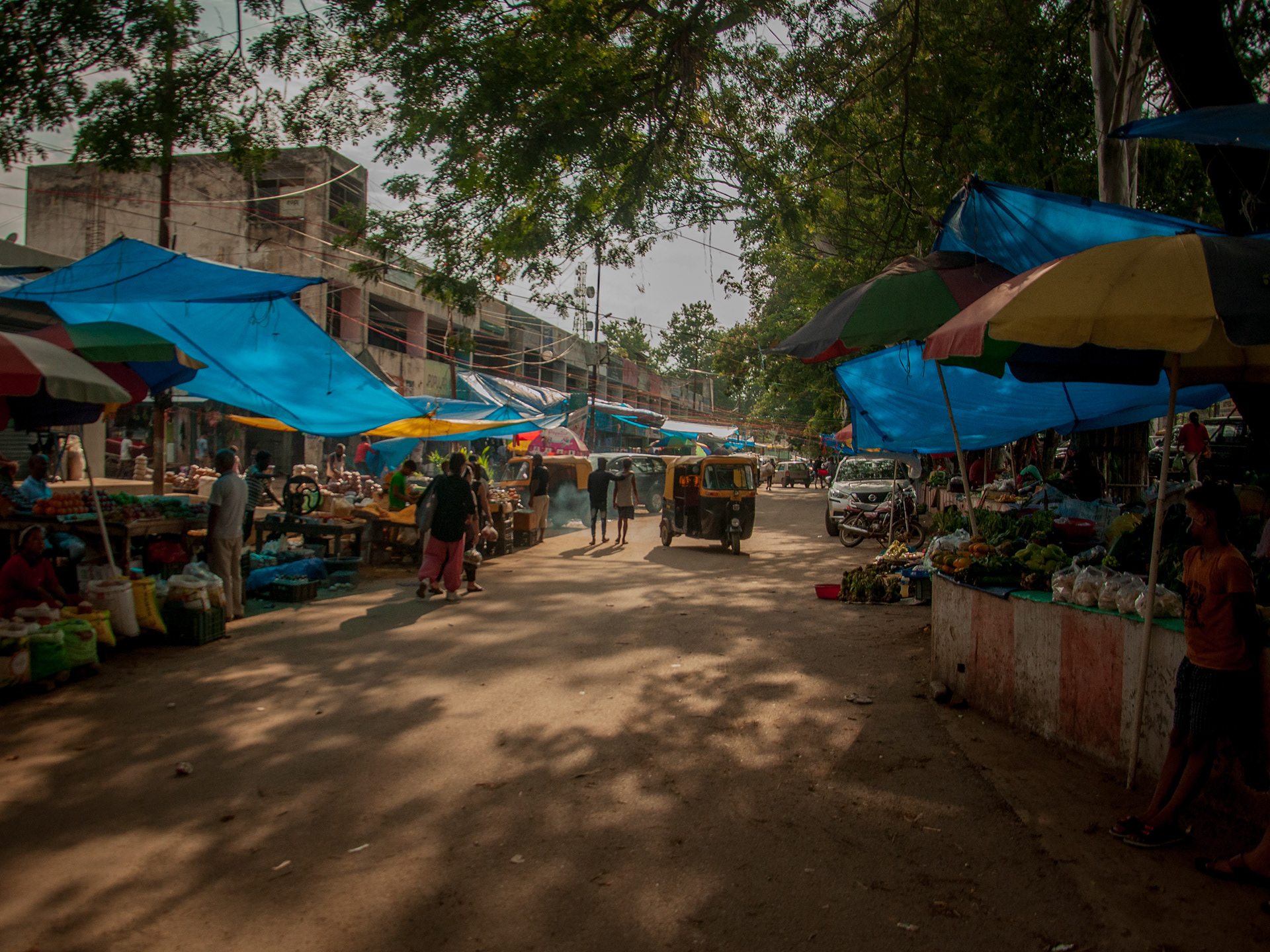 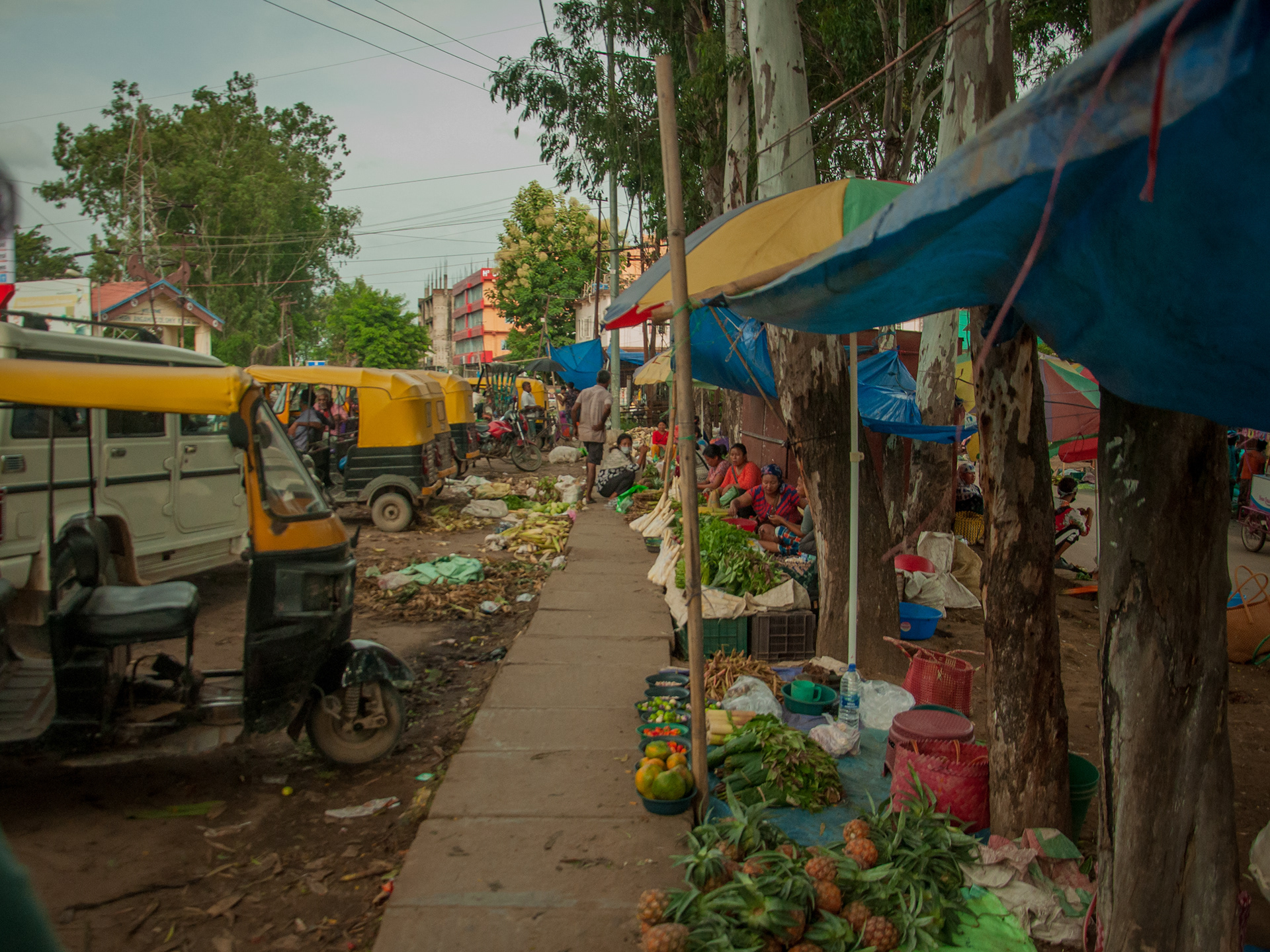 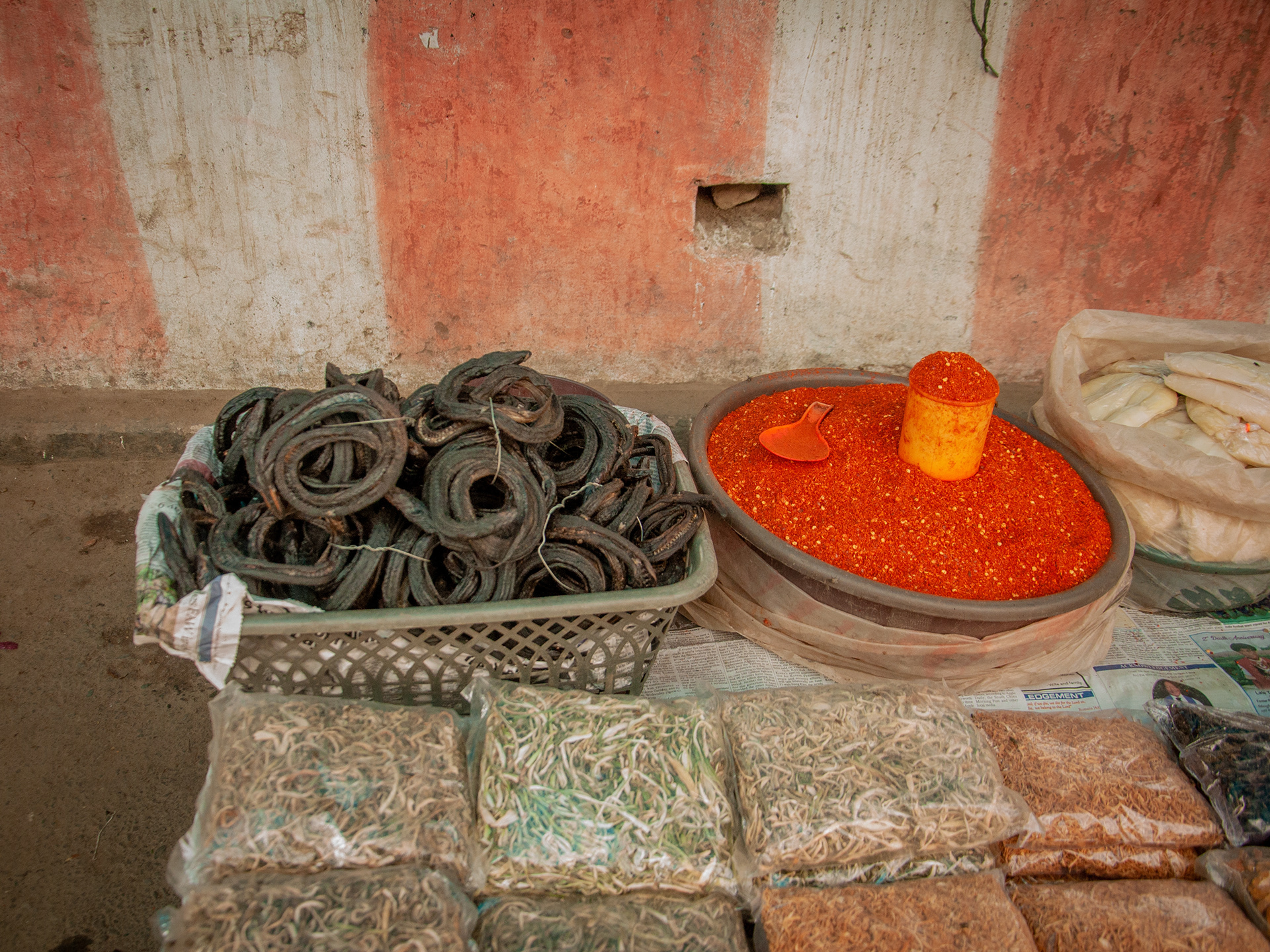 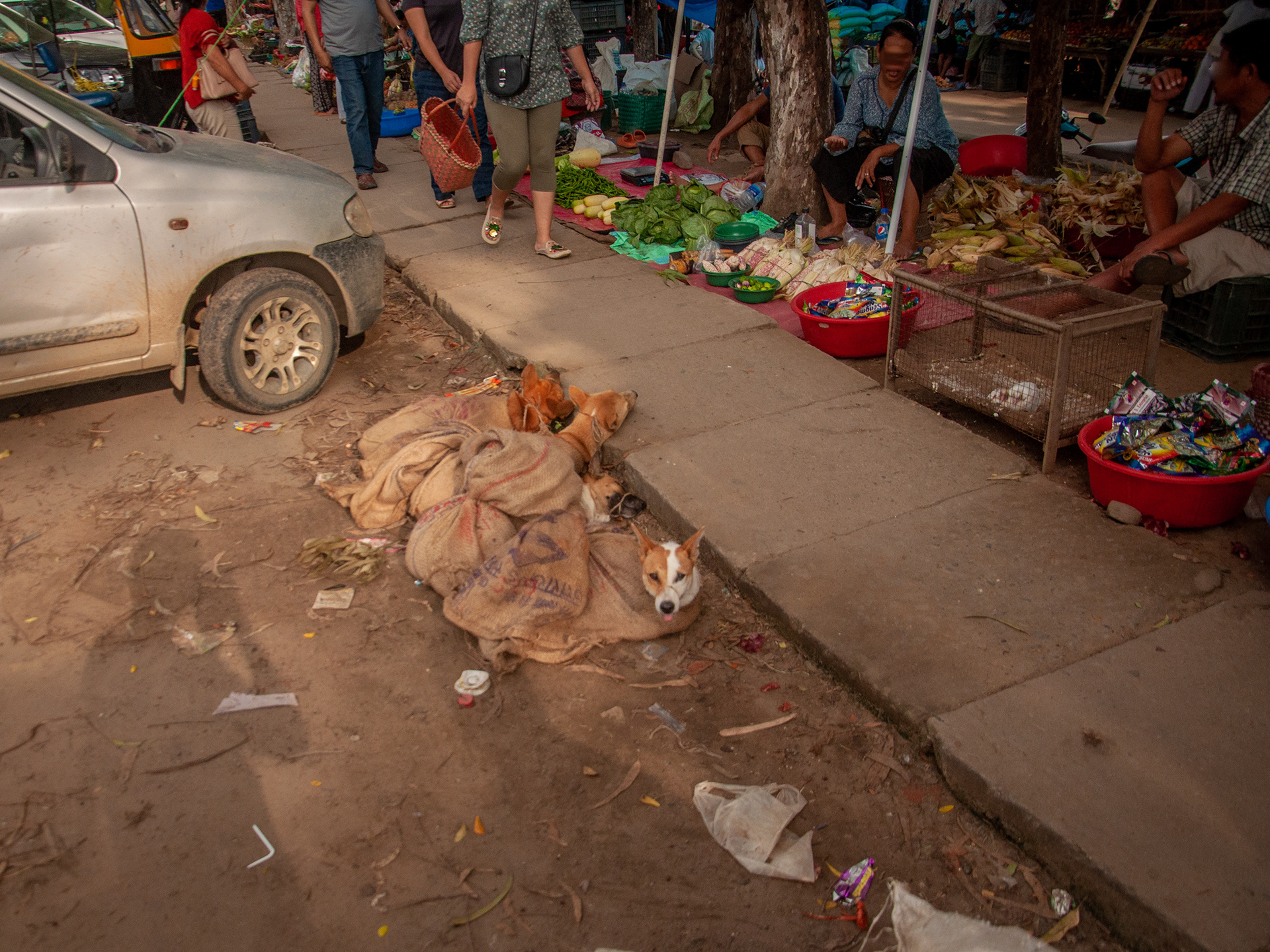 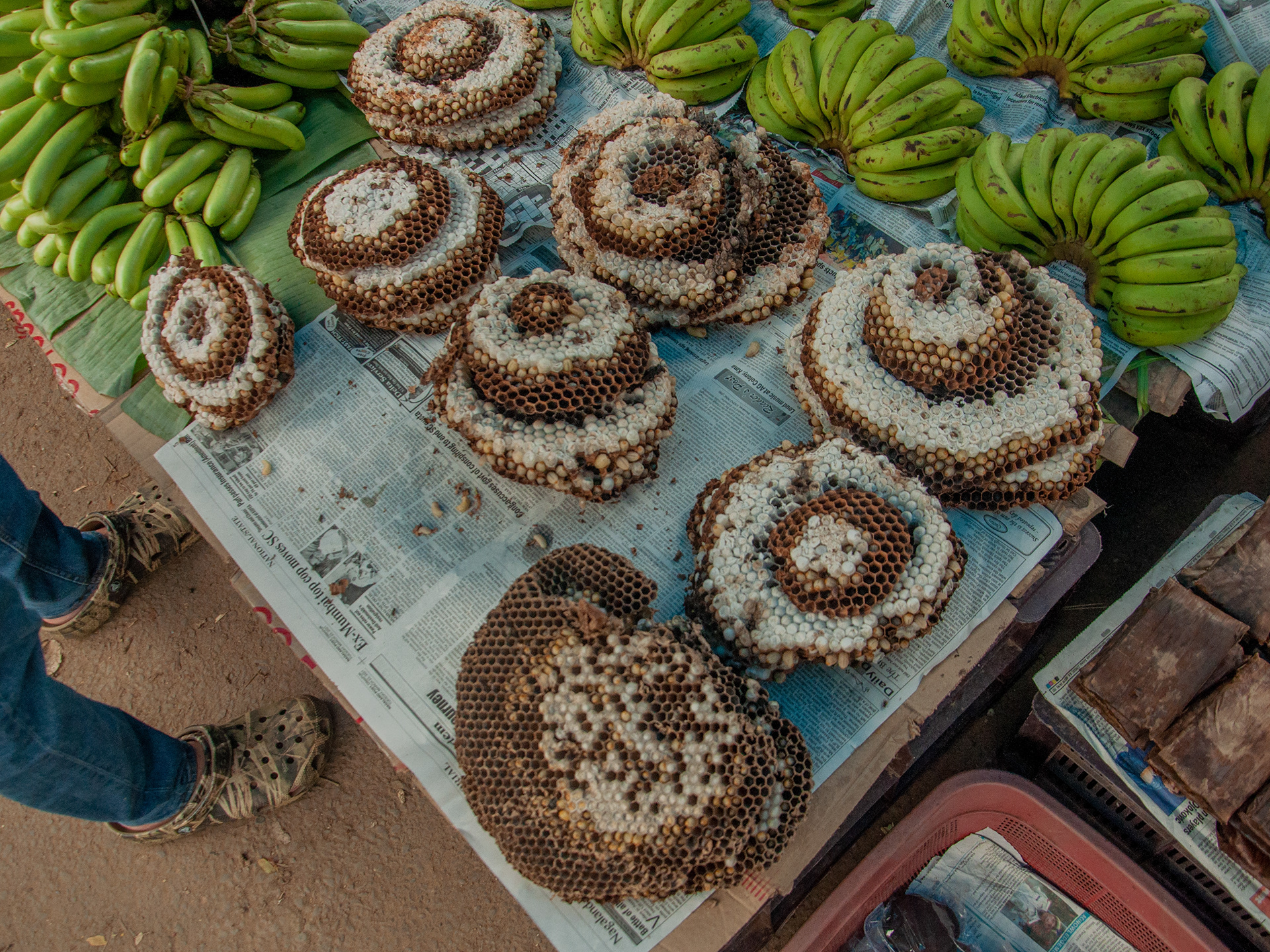 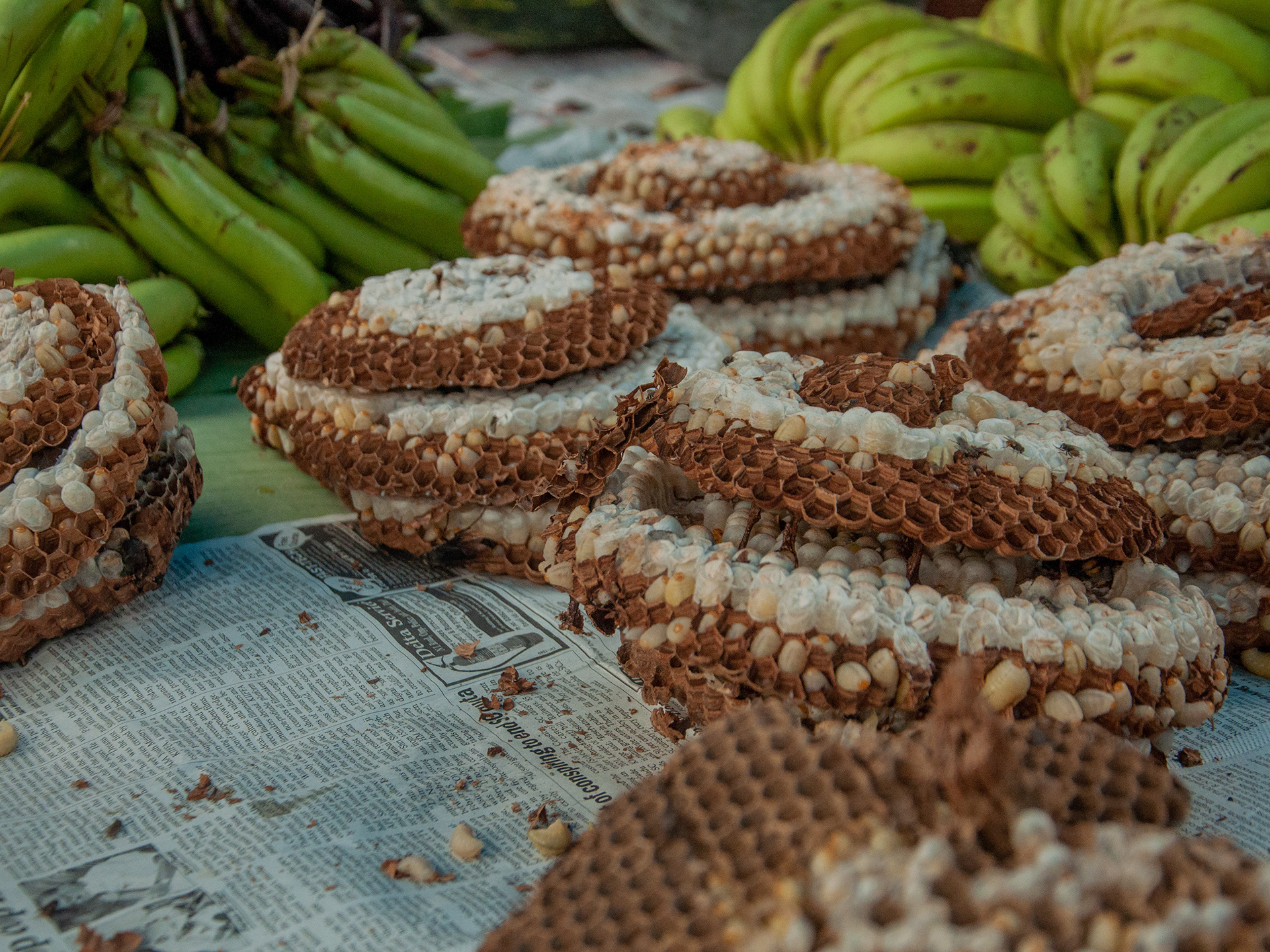 A delicacy, the larvae are some of the most expensive items in the market. 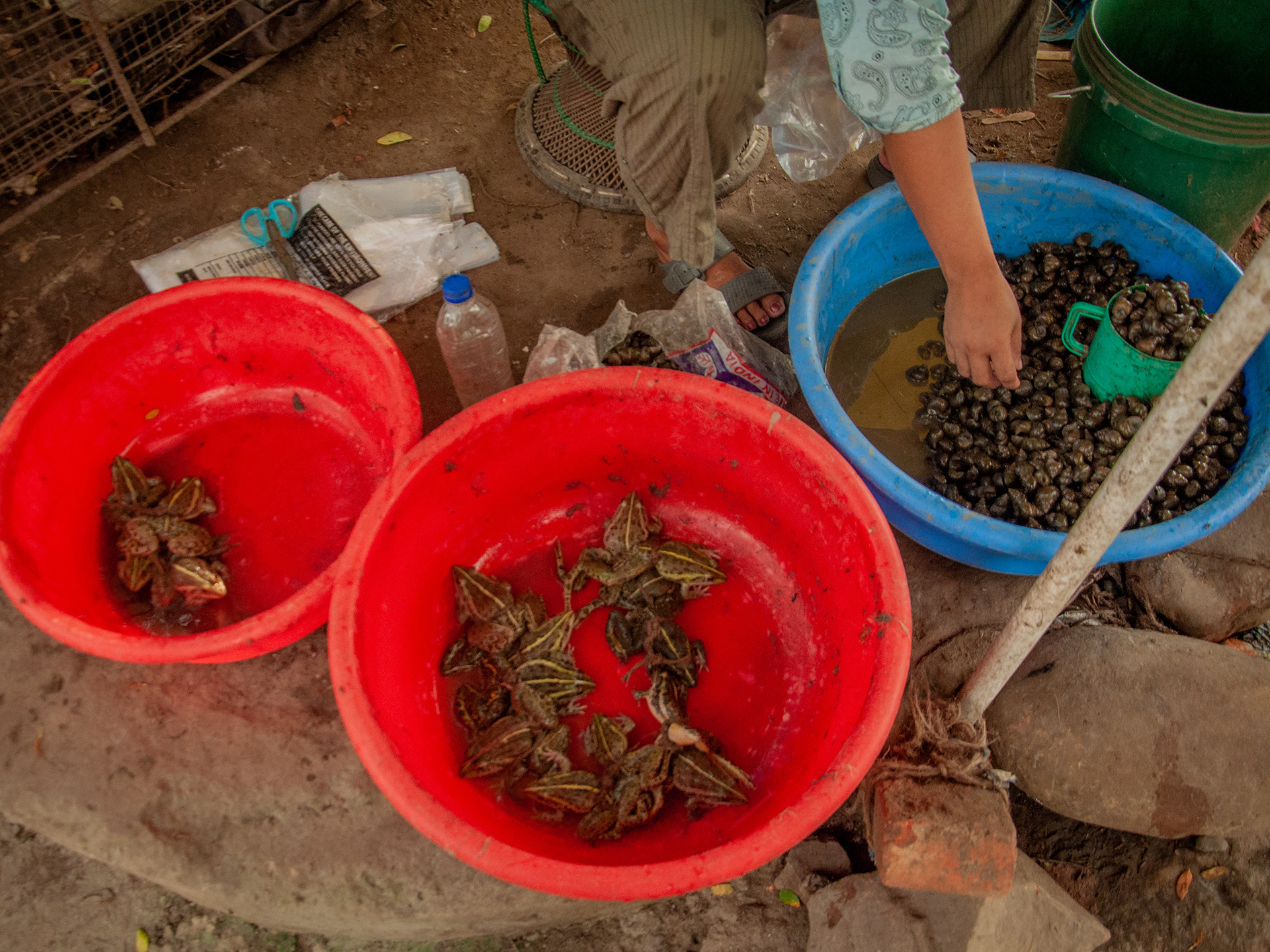 Live Frogs and Snails for sale. 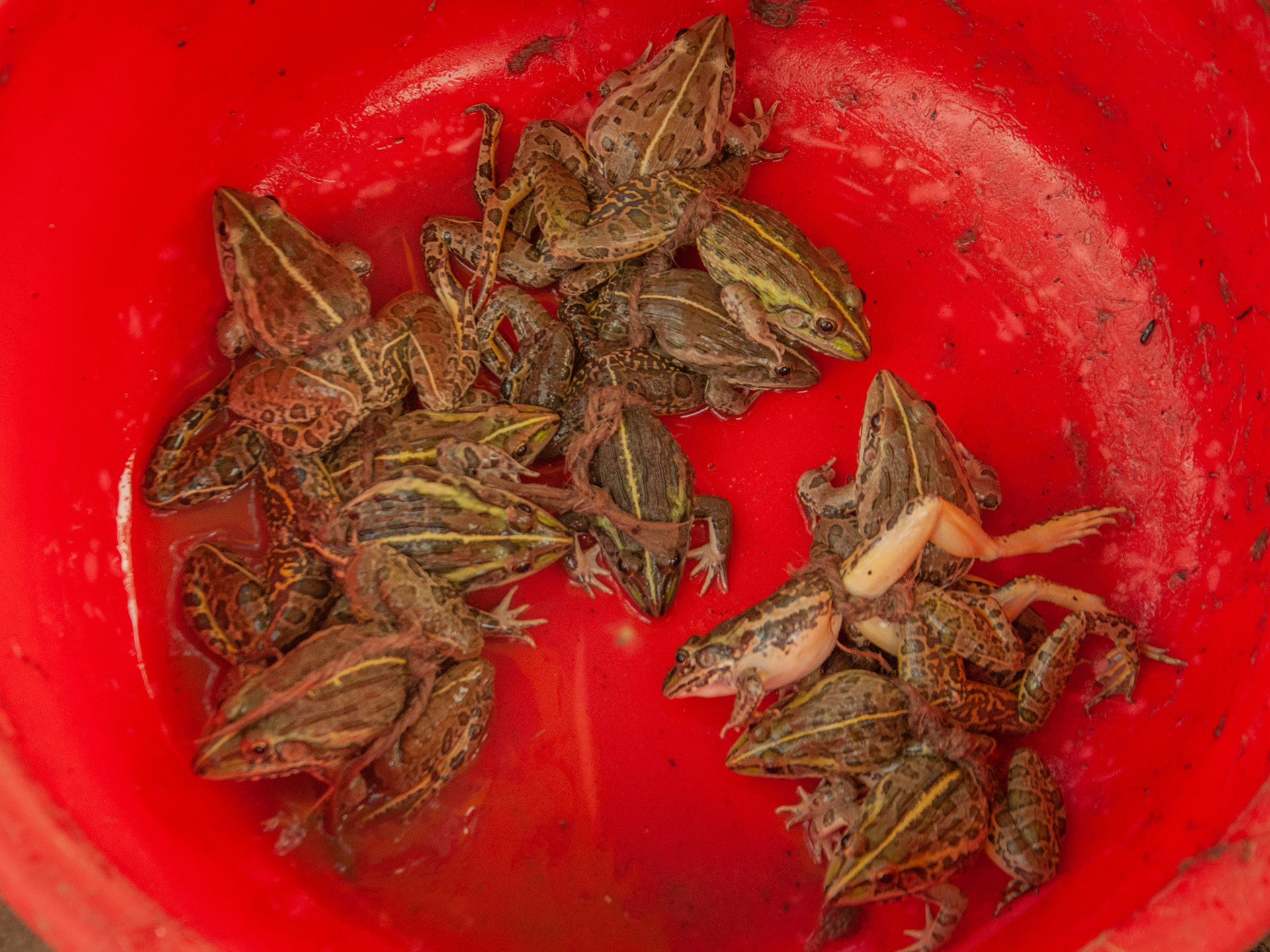 Bull frogs tied to each other by the waist to be sold.

Link To The Future

The Frog Giggers of Indiana

The World of the Macaque

Balloon Frog
↑Back to Top